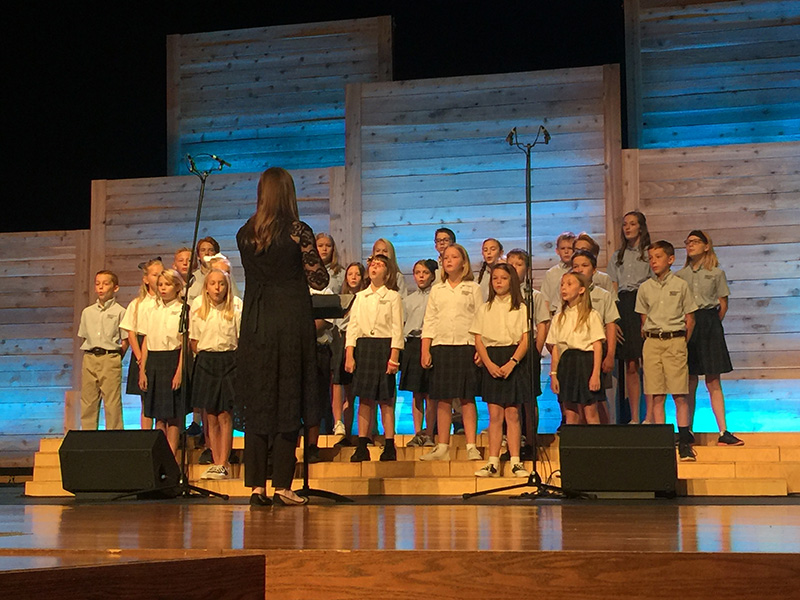 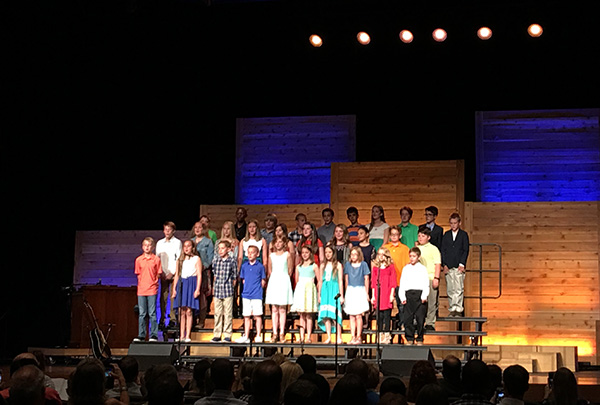 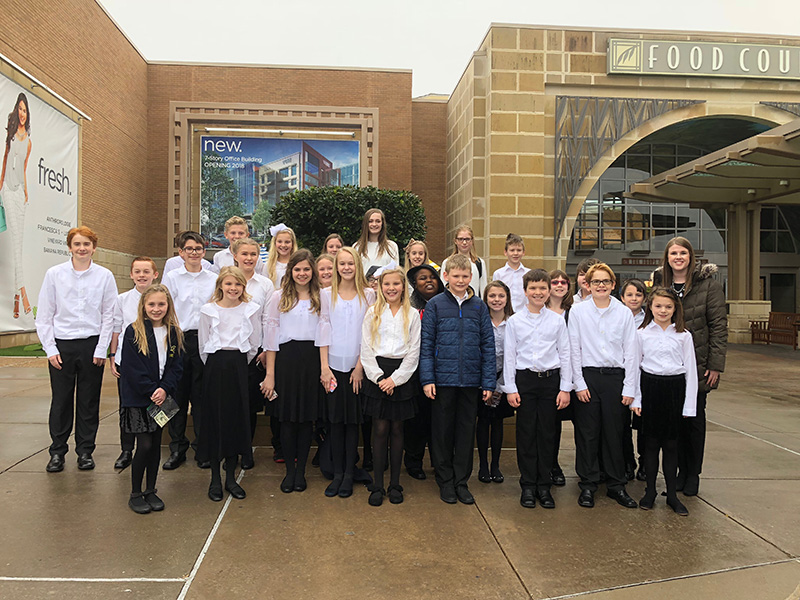 The mission of ’s vocal music program is to expose every child to multiple aspects of music, to enrich the PCA Community with a healthy and vibrant artistic culture, and to glorify God as we strive for excellence in the development of the musical gifts He has given. 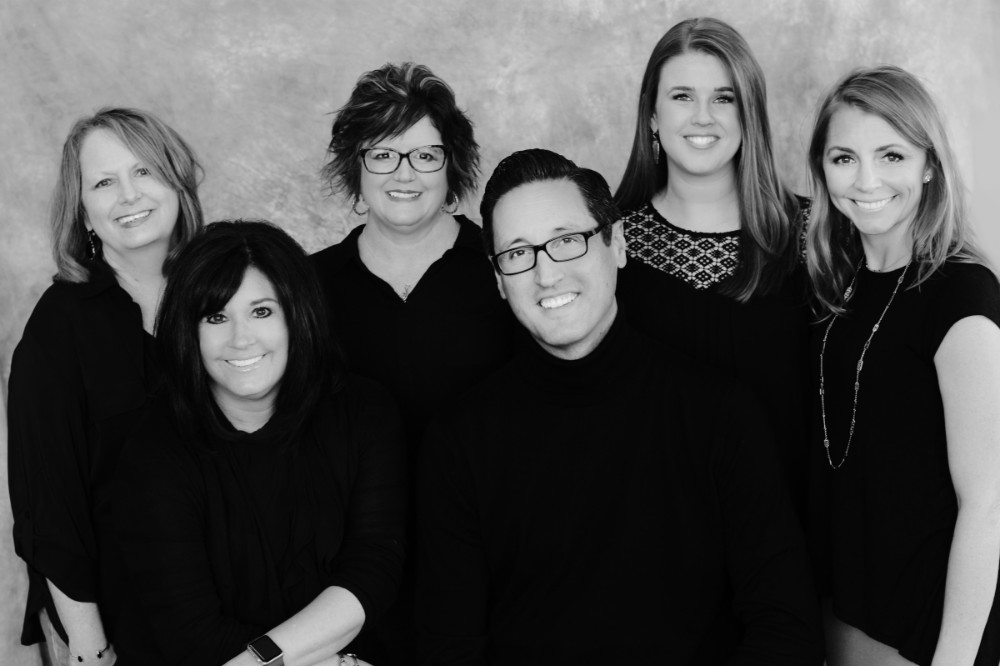 As children enter the vocal music program in the Lower School, the goal is for them to have fun and enjoy their time in music class. Students are exposed to foundational concepts such as rhythm, beat, solfege, and simple choral techniques. Students perform at events like the annual First Grade production of “The Easter Miracle,” the Second Grade production of “Let George Do It,” the Third Grade Christmas chapel and the Fourth Grade Famous Texans performance.

Beginning in Seventh Grade, students are given the option to participate in choir as a year-long course. Vocal music in Middle School becomes more advanced focusing on sight-reading, rhythmic dictation, Western Music History, 3-part repertoire, and choral technique. Students are given many opportunities to grow as choral members by participating in various performances throughout the year including Christmas and Spring concerts as well as TPSMEA, Solo and Ensemble and the ACSI Choral festival.

PCA's Honor Choir is an auditioned vocal ensemble with a proud tradition of vocal excellence and award-winning festival performances. Auditions take place in September of each year and are open to students in Fourth, Fifth and Sixth Grade. The Honor Choir represents PCA at many school events as well as festival and community appearances.

Scott Himel is an active saxophonist instructor and performer and has been teaching for more than twenty-five years. Scott holds a Bachelor of Music degree from the University of North Texas, where he studied under Jim Riggs and Dr. Joseph Klein. Additionally, he is an active adjudicator and clinician for TPSMEA, TAPPS, and UIL events in the DFW Metroplex and surrounding areas.

Scott began his teaching career at Liberty Christian School in 1996, growing the fine arts program and leading bands and choirs to 17 state titles over the years. His ensembles received multiple sweepstakes acknowledgements as well as five consecutive years of All-State championships in concert band.  He also earned a prestigious invitation to have his band students perform at the Meyerson Symphony Center in Dallas as an invitational and non-competitive band. Scott was awarded the TAPPS Fine Arts Teacher of Year in 2015.

Scott grew up in El Paso, TX and moved to Denton for college in 1992. Scott and his wife, Barbara, have been married for over 18 years and have four children. Recently Scott and Barbara retired from the music business that they operated for over 20 years which provided private music instruction to over 1200 students a week in four locations around the metroplex. Today, God has prepared and led Scott to Prestonwood Christian Academy, and he is excited to see all that this new chapter has in store for him and his family.

Bonnie Leicht graduated from the University of North Texas with a degree in music education. She won a competitive vocal scholarship and first place in the National Association of Teachers of Singing regional competition. Bonnie taught in the public schools for three years before getting married to Brian and homeschooling their three sons. Bonnie served as the coordinator for children’s choirs at her church for several years. After moving to Frisco, her church ministry involved directing the lower elementary choirs and preparing them for programs and musicals. Bonnie also served as a worship team member and soloist for the Insight for Living Israel tour. She continues to sing in the adult choir in her home church. She has led Bible studies and served on short-term mission teams. One of her great joys is leading worship together with her husband and sons.