Prestonwood Christian Academy’s Instrumental Music program continues to grow each year. Beginning Band starts with our Sixth Grade class, and then feeds into our Intermediate Band of Seventh and Eighth Graders. The PCA North band has a strong presence in the Prestonwood community, playing at assemblies and festivals as well as at our annual Christmas and Spring concerts. As our school continues to grow from year to year, we look forward to growth in our band program. There is great excitement about what the future holds and we look forward to see what God will do in the lives of our students through this key program at our school. 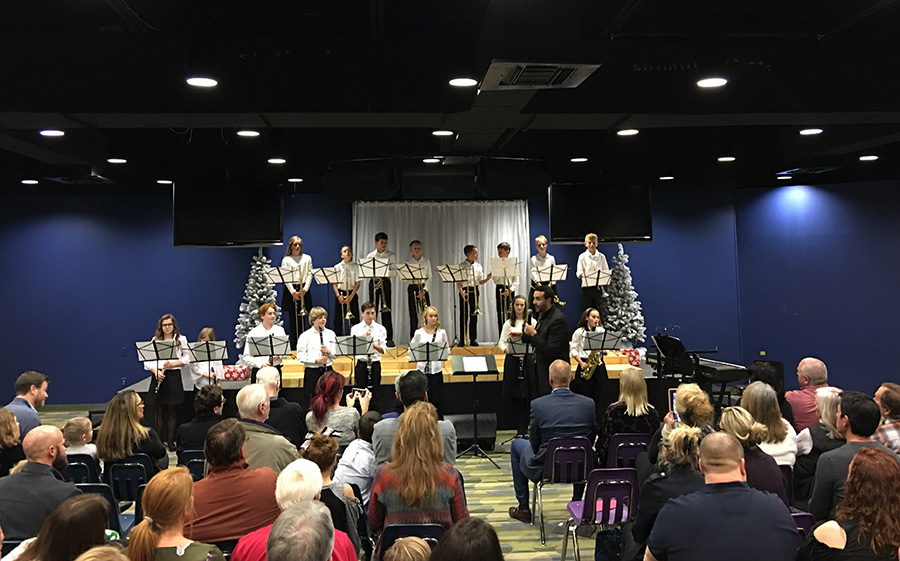 Scott Himel is an active saxophonist instructor and performer and has been teaching for more than twenty-five years. Scott holds a Bachelor of Music degree from the University of North Texas, where he studied under Jim Riggs and Dr. Joseph Klein. Additionally, he is an active adjudicator and clinician for TPSMEA, TAPPS, and UIL events in the DFW Metroplex and surrounding areas.

Scott began his teaching career at Liberty Christian School in 1996, growing the fine arts program and leading bands and choirs to 17 state titles over the years. His ensembles received multiple sweepstakes acknowledgements as well as five consecutive years of All-State championships in concert band.  He also earned a prestigious invitation to have his band students perform at the Meyerson Symphony Center in Dallas as an invitational and non-competitive band. Scott was awarded the TAPPS Fine Arts Teacher of Year in 2015.

Scott grew up in El Paso, TX and moved to Denton for college in 1992. Scott and his wife, Barbara, have been married for over 18 years and have four children. Recently Scott and Barbara retired from the music business that they operated for over 20 years which provided private music instruction to over 1200 students a week in four locations around the metroplex. Today, God has prepared and led Scott to Prestonwood Christian Academy, and he is excited to see all that this new chapter has in store for him and his family.